We worked with businesses, community groups and individuals affected by the plans discussed in our book 'Tottenham's Trojan Horse?' to create displays, a video installation, participatory activities and a conversation area for 'Who are ya?' at Tate Exchange. 'Who are ya?' reflected on football, identity and art with many other groups and individuals taking part (please see Tate Exchange for details). We were contacted by the organiser because of our book 'Tottenham's Trojan Horse?' which explores social issues related to the new Tottenham Hotspur football stadium.

See the video below for a walk through the Tottenham's Trojan Horse part of 'Who are ya?'. It was filmed during the set up of the event.


Martin Bates and Ilhan Parlayan of Martin Bates Design made a 2 metre high wooden Trojan horse for the event. Solmaz Ltd made the base for it. The horse had a postbox in its side for visitors to post their letters and drawings which were put on display during 'Who are ya?' and added to an online gallery.


Mark Panton worked with Simon Devine, a producer at Commercials Unlimited, to create a video about the businesses on Peacock Industrial Estate and the residents of the Love Lane estate. Two short clips from interviews with Tash Bonner and Faruk Tepeyurk are below. Scroll down to see the full video.

The full version is below. Go to Youtube to see more clips.


Guardian journalist, David Conn's, video was also shown at 'Who are ya?'.

There were speakers from the Tottenham community at 'Who are ya?' on 7 August.

Reverend Paul Nicolson discussed the impact of Haringey Council's plans to develop the area across the road from the new Tottenham Hotspur football stadium and its impact on social housing.

Martin Ball discussed the impact of the building of the new Tottenham Hotspur football stadium on the local community.


At Social Spider CIC we publish three community newspapers: Waltham Forest Echo, Tottenham Community Press and Enfield Dispatch. Our papers are all not for profit, and are written by and for local people.

This means that we invite local people to write for us about the things that matter most to them. This can be anything from a local music project, to the effects of a housing development, to their love of their local library or football team. We also showcase local artistic talent; giving readers the opportunity to submit photography, poems and short stories to the paper.

Tottenham Hotspur are one of the most famous football teams in the world. Their recent stadium development has inevitably affected their surrounding community. Many people have used our newspaper, Tottenham Community Press, as a platform to express their feelings about the club, good and bad, and to write about the role of football in the community.

At ‘Who Are Ya’, we will be showcasing a series of articles published in Tottenham Community Press since we began printing in 2016, which explore local people’s views on football, identity and the community.

We will also be running an activity for children, giving them the opportunity to write their own front page article discussing their memories of football and what they think about the sport, as well as drawing a front page image!

We are excited to showcase the excellent journalism our community have contributed to Tottenham Community Press and to engage young people in the art of journalism!


Individuals and communities in the area around the new Tottenham Hotspur Football stadium discussed in 'Tottenham's Trojan Horse?' are continuing to protest and challenge regeneration plans that could require the demolition of their homes, shops and businesses. The images below were taken by Martin Ball at a protest on 14 July 2019 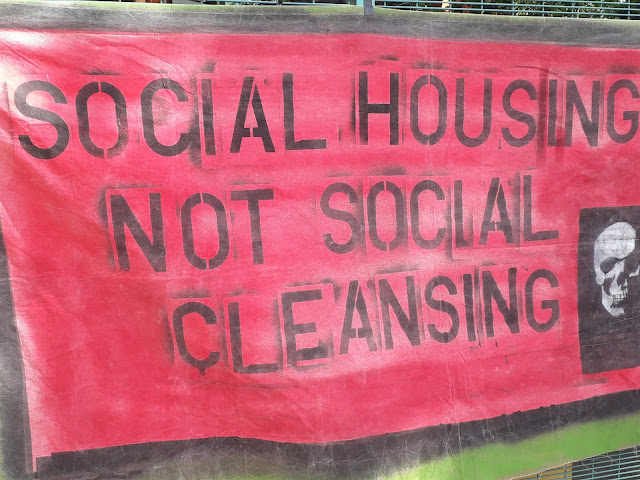 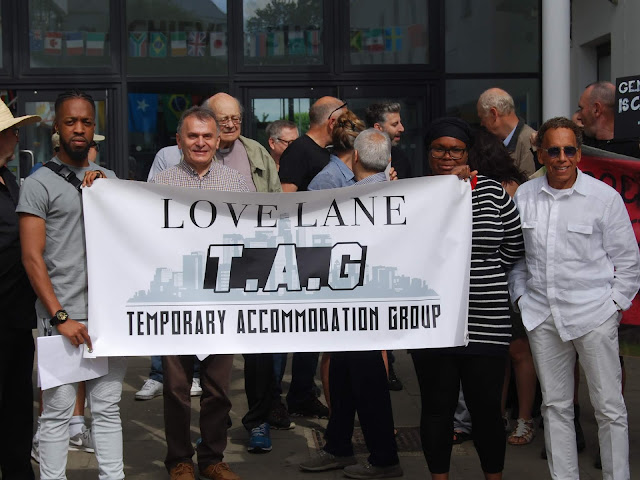 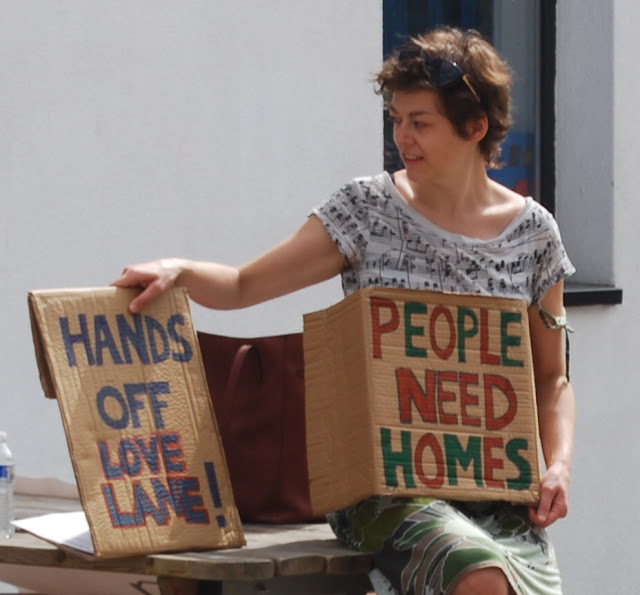 Information about our book 'Tottenham's Trojan Horse?' and what we do is in other posts on this blog. You can email us via the contact form or send Amanda Lillywhite a DM on Twitter.

Thank you for commenting on our blog.