"Tottenham's Trojan Horse?" reviews, events, where to buy, where to borrow and other information

Latest update: We took part in 'Who are ya?' - an event in Tate Exchange, Tate Modern, London 6-11 August 2019. Read about the event or read about the Trojan horse constructed by Martin Bates Design and Solmaz Ltd. Information to come soon about upcoming events.


'Tottenham's Trojan Horse?' is based on one of the case studies in Mark Panton's doctoral thesis about stadium-led regeneration.

In 2010 Haringey Council in London granted planning permission to Tottenham Hotspur Football Club for a new stadium and other linked developments. In 2012 Haringey unveiled regeneration plans for the borough that included demolition of homes and businesses to make way for a proposed fans’ walkway from a relocated train station entrance to the site of the new stadium. A process that was already challenging for the football club, the council and the local community now became tortuous. Those most affected by the proposals felt left out of the decision making and had to find a voice.


The book was published in February 2018 and so far copies have gone to people in 8 countries. Some feedback from social media:

You two have come up with an innovative way to turn research for a dissertation which is often read by a few into a book that will reach many.
The issues the book has raised, of course, are not limited in this case or North London. Mega structures like sports stadiums and mega events like the Olympic Games and World Expo all have complicated impact on urban life. Grass roots movements, citizen participation in the decision-making process and resistance (think the right to the city), all very important indeed.
Qin Shao, author of ‘Shanghai Gone: Domicide and Defiance in a Chinese Megacity’
Professor, History Department, The College of New Jersey, USA. 21 February 2018 by email.

Have been looking through this book. Really accessible and easy to follow. Tells a very complicated story very clearly. A must read about how regeneration works these days.

My copy of Tottenham's Trojan Horse has arrived. It chronicles the dispute over the regeneration project linked to the new #THFC stadium. It's as good as I hoped. Features Dave Morris, Claire Kober and various other key Haringey figures.
Andrew Smith, Reader at University of Westminster. 13 February, 2018 on Twitter @AndrewSmithWest

Click here for further information about the research behind 'Tottenham's Trojan Horse?'

Mark Panton wrote about the creation of the book and why he chose a comics format to develop his doctoral thesis on The Graphic Social Science Network blog.

An article on page 6 of the April 2018 edition of Radical News.

Mark Panton interviewed about his research for the Birkbeck Big Ideas podcast.

Mark was interviewed by the following journalists:

Rory Smith for the New York Times "Tottenham Hotspur New Stadium Opens: Is There Room For Everyone?"

Oliver Brown for the Daily Telegraph "Tottenham's New Stadium: Beacon of Light or a Trojan Horse for Gentrification?"

In Not High Road West Mark Panton interviewed Tash Bonner, TAG Love Lane, and Faruk Tepeyurt, Peacock Industrial Estate. It was made for 'Who are ya?' at Tate Exchange, Tate Modern 6-11 August 2019.

Mark shared some details of his project and his involvement with the Awards on the Birkbeck blog. 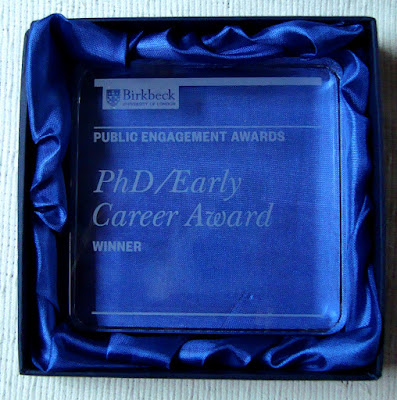 A book launch was held at Housmans Bookshop on April 4 2018 read about it here.

Mark gave a talk at Comics Forum's "Progress: A Decade of Comics Scholarship" - part of Thought Bubble 2018 in Leeds.

Mark spoke about the issues within the book at the Football Collective Conference at Hampden Park, Glasgow on 29 November 2018.

More events are being discussed, this post will be updated as information comes through.

A wooden Trojan horse was made for 'Who are ya?' at Tate Exchange, Tate Modern by Martin Bates Design and Solmaz Ltd of Peacock Industrial Estate, Tottenham. Email for more information or visit this post.

A cardboard graffiti Trojan horse was made for 'Celebrating North Tottenham' at Coombes Croft Library in 2018 by Amanda Lillywhite. Email for more information.

Online (we have chosen not to use Amazon)

Read the book for free:

"Tottenham's Trojan Horse?" was made possible with funding from Birkbeck School of Business, Economics and Informatics, University of London (UK). It was printed by Comic Printing UK.

This post will be updated as new information comes in.
at January 01, 2019

Thank you for commenting on our blog.